In our garden there is a gigantic rosebush. It has been planted by the people that used to live in our house before us and it has completely gotten out of control. I have big plans to ‘master’ it when it is the right time. When we just moved in, I hated this big rosebush. It had at that moment no roses and no rosehips, so all I saw was this big prickly and unattractive bush and I wanted it gone. It was (almost) literally, a thorn in my eye. But I must say that I have changed my mind about this rosebush after having lived here a while. Remember that saying: got lemons, make lemonade? Well I did just that! In this post I share with you how I make homemade rosehip syrup.

In the summer I have seen this bush come alive with beautiful blush pink and white roses and I also realized that it actually offers us a bit of privacy from curious people looking into our garden. And, trust me, there are many curious people around here.

After the summer this bush seemed to turn back into the boring prickly bush I met at first sight, but no, bit by bit little red specs were starting to appear. There were many and they were getting bigger. After realizing that they, of course, were rosehips I was reminded of this rosehip syrup that my mother used to buy for me and my siblings. Roosvicee it was called and I loved it. I decided to try and make it myself and I found a very simple recipe online. Questions popped up in my head: Would really be this simple? Would it taste like the rosehip syrup that I used to drink when I was younger? Guess what.. the answer is yes and YES!

I’m only a beginner when it comes to canning, processing, conserving etcetera of fresh garden produce. After having failed to make blackberry jam (it turned more into a blackberry sauce and it does not taste good) and after having failed to make apple sauce (this turned more into apple puree but it is still delicious) this successful batch of rosehip syrup is my precious little baby.

I am proud of it. I want you to be able to make this rosehip syrup too so that when all else fails you have something to be proud of as well! Also, rosehip syrup is immensely healthy for you! As well as vitamin C, rosehips are a great source of vitamin A, D and E. They contain an anti-inflammatory and have been shown to help relieve the symptoms of arthritis.

1. Trim the tops and bottoms from the rosehips then cut the hips in half

2. Scoop out the seeds and discard. If the rosehips are small and fiddly, you can leave them whole as they will be sieved out of the cooking liquid later

3. Pulse the rosehips briefly in a food processor then transfer them to a saucepan and cover with half of the water

4. Bring to the boil and simmer for 15 minutes, then strain the liquid and pulp through a muslin cloth into a clean bowl for an hour, reserving the liquid until needed

5. Return the pulp to the pan and cover with the remaining water. Simmer again for 15 minutes before straining once more

6. Combine the two batches of liquid and place them back on the stove. Boil to reduce the liquid by half, or more if you want a very glutinous syrup

7. Now add all the sugar, and allow it to dissolve. Boil for five more minutes

8. Allow the liquid to cool a little – it will be scalding hot because of the sugar content. Meanwhile, sterilise some jars by putting them in the oven for 10 minutes at 110 degrees C.

9. Fill the jars with the rosehip syrup and store in a cool place until needed

This recipe has been found at Great British Chefs

I am very curious.. did you drink rosehip syrup when you were a kid? And if so, did you like it? Have you ever made homemade rosehip syrup? 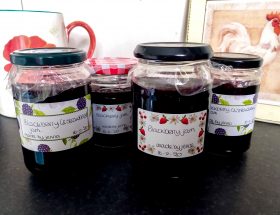 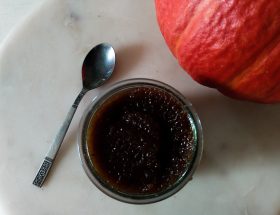 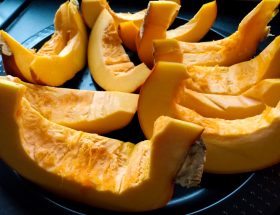 Hello, I'm Jenna and I'm so glad you're here. Originally I'm from the Netherlands but I have now settled in Wales with my husband Nathan.

Natural and sustainable lifestyle, vintage home design, gardening, and homebody busy keepings. These are some of the things I'll be writing about on here! Join me and our little family on our journey.

We use cookies to ensure that we give you the best experience on our website. If you continue to use this site we will assume that you are happy with it.OkNoPrivacy policy